The MSI GV62 8RD-276 rocks with its strong overall productivity and gaming performance, a great design that adds some portability and good connectivity options.

The MSI GV62 8RD-276 a budget gaming laptop, with a light profile and perfect audio. With the MSI 8RD-276, MSI manages to refresh last’s favorite, the MSI GV62 8RD-200 with a new Intel Core i7-8750H hexa-core processor over the Core i5 used in the base model. However, even with the newer chip, the laptop remains affordable, something most gamers will look out for when considering an upgrade.

For enthusiast gamers on a budget, that’s a great combo, only that it comes at a time when competitors like Asus and Acer are offering newer Turing GPUs for around the same price.

The GV62 looks very familiar. It sports MSI’s signature black-and-red scheme that pegs it as a gaming laptop. This profile has been around for around three years, and we hope MSI will be cutting a new theme in its newer laptops. Dell and Lenovo have refreshed their budget gaming laptops, and we think it’s time MSI did the same.

Still, the MSI line remains good looking with a few extras like ‘Dragon’ emblem and company logo on the lid backing.

Apart from that, you’re still getting the same all-plastic construction which is a norm among budget gaming laptops.  The MSI GV62 8RD is average sized for a 15.6-inch gaming laptop, measuring 1.2 by 15.1 by 10.2 inches (HWD). Its closest competitor, the Asus TUF FX505DT-EB73 measures 14.1, thanks to a near bezel-less display.

It weighs 4.8 pounds, which is the same weight as the ASUS TUF (2019), but both are around 0.2 pound lighter than the Acer Predator Helios 300 PH315-52-78VL. Overall, the obstruction feels sturdy for a budget gaming laptop, only that the hinges are a little stiff and require two hands to open the lid.

The MSI GV62 8RD-276 has most of the ports you might need. The left has a secure slot, an RJ45 port, one USB 3.1, one HDMI, a Mini DisplayPort, one USB 3.1 port, one USB 3.1 Type-C port and separate mic and headphone inputs. The HDMI port is version 1.4, which supports 4K output at 30Hz. Still, gaming at 4K isn’t practical on this notebook, but you might need to connect a 4K TV or display down the road, so it’ll be a good experience.

On the right side, there’s a power jack, an SD memory reader and an additional USB 2.0 port.  Wireless connectivity comes via 802.11 ac Wi-Fi and Bluetooth 5.0. The 720p webcam placed above the display has decent quality. The laptop doesn’t include a built-in biometric feature, like you would find in a business laptop, things like IR camera and fingerprint reader.

All laptops in the MSI GV62 Series are configured with the same full HD (1,920 x 1,080-pixel) screen. It gets wide viewing angles and the anti-glare display earns good scores, but it isn’t necessarily the best in this category, and of course not the most colorful. The spec sheet says it all: The panel is advertised by MSI to cover just 45 percent of the NTSC color gamut.

Still, the display’s good brightness and contrast manage to enhance the picture quality when gaming. The laptop doesn’t support Nvidia G-Sync, something we never expect at the budget category. Again, the native 1080p native resolution is ideal for a 15.6-inch screen, that works well with the GTX 1050 Ti graphics card.

The red-backlit keyboard is a step above the non-backlit notebook keyboards. The red backlighting color can’t be changed. Its shallow key travel and rubbery keystrokes don’t make for the best gaming experience, and some of the key layout choice compromise productivity. For instance, it lacks dedicated Home and End keys, and the two-thirds-size number pad is yet another quibble.

Also, MSI forced the arrow keys into the main keyboard areas, thereby, truncating the right Shift key and the number pad’s ‘0’ key. The laptop doesn’t get dedicated macro keys on the GL63, but competitors at this price range don’t have them, either. The touchpad is responsive, and it has been moved further left instead of the usual center position. It’s an extra-wide touchpad, meaning, accidental clicks can’t be missed.

Our review unit, the MSI GV62 8RD-276 is a well-rounded performer, thanks to its hexa-core Core i7-8750H processor and small but speedy 256GB solid-state drive (SSD), though you have an additional 1TB hard drive for storing your files. Windows 10 Home is installed the SSD, and the 16GB of RAM is above the 8GB bare minimum for productivity and modern gaming. Nonetheless, it is a good entry level gaming system, with the possible option of upgrading the RAM to 32GB, via two SO-DIMM slots on the motherboard.

On the other hand, the GeForce GTX 1050 Ti provides just enough power for the latest AAA games. Its 4GB of video memory is, dare I say, above the borderline for higher texture settings in some games. The 8th Gen Core i7 processor in our review unit does make up for the performance gap between the GTX 1050 Ti and the newer GTX 1660 Ti.

In real-world gaming, the MSI GV62 makes a good showing on modern AAA titles. Played at 1080p with maximum detail settings, it easily manages 78 FPS on Fortnite, 45 FPS on Grand Theft Auto, 76 FPS on Overwatch and 41 FPS on The Witcher 3: Wild Hunt. That’s the highest you can go with settings, anything above like Ultra settings will reduce the frame rates and overall playability.

In 2019, manufacturers are opting for G-Sync screens on gaming laptops, which prevents systems from using Nvidia Optimus to switch between the discrete graphics and dedicated graphics. Of course, G-Sync enhances gaming performance, but sacrifices battery life in the process.

The MSI GV62 8RD doesn’t support G-Sync, so its 41 WHs battery gets around 5 hours 38 minutes. Depending on usage, it can give or take a few minutes. All we know is you not lasting a full day on a single charge.

The MSI GV62 8RD easily shines with its strong overall productivity and gaming performance, a great design that adds some portability and good connectivity options. However, it isn’t the most affordable gaming laptop around, neither is it the most expensive, but it manages to offers better value than some of its competitors.

But, apart from being a performant laptop, it lacks any true highlights that would easily set it apart from the pack. Still, it manages to pull over the shadow cast by competitors, but how we wish it came with at least a GTX 1060 graphics card that support VR headsets like Oculus and HTC Vive.

Acer offers a GTX 1660 Ti version with a 9th generation Intel Core i5-9750H, the Acer Predator Helios 300 PH315-52-78VL. The new CPU and Turing-based GPU and more affordable price make it an attractive option. We still think the Razer Blade 15 has the best balance of gaming capabilities, but it’s also one of the most expensive gaming laptops you can buy.

Yes. The MSI GV62 8RD-276 has a few flaws, but it comes in at a price that will offer budget gamers real value. Plus, it’s thin, portable and hosts good connectivity. Still, it lacks the chops to unseat the Acer Predators Helios as our Editors’ Choice for entry-level gaming laptops. 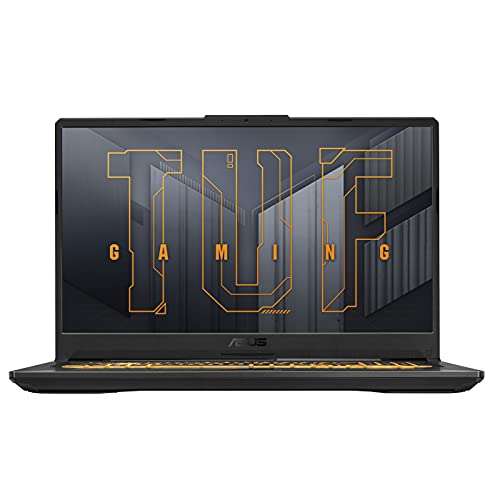