Finding a mini PC that supports up to 4K resolution is hard enough, leave alone one that has VESA mount capability behind it. The ACEPC T11 does both. This Mini PC is built for home entertainment, but there’s nothing that says its sturdy design and operational efficiency would make it a bad home PC. You can buy this model pre-configured with Windows 10 operating system and ready to use out of the box, unlike most barebone unit to which you need to stack up your own components. 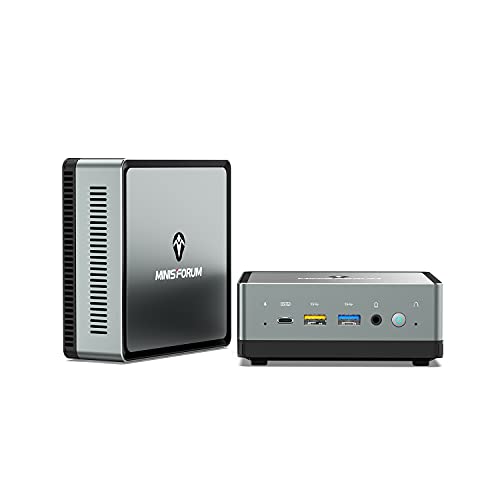 The T11 Mini is a viable choice if dual-monitor setup and VESA-mounting options are a priority, but if you must have more power, the Intel NUC NUC8i7BEH reigns supreme. The NUC8i7BEH uses a quad-core Intel Core i7 processor, 16GB RAM and 256GB SSD to deliver solid performance, just like a mainstream PC, only that it occupies less space.

Of course, you spend more for the incremental performance boost, in something like the Intel NUC Kit NUC6i5SYH that packs an Intel Core i5 chip and better overall performance. However, if all you need is miniature computing gadget that costs much less and works as it should, the ACEPC T11 is an excellent choice.

In fact, the brushed silver color imitates a metallic build but it’s made of plastic. Still, its solidly constructed cube with appealing round corners. The sides are dotted with ports for most of your peripherals: HDMI, VGA, USB 3.0, USB 2.0, an Ethernet port and a Micro SD card slot. Wireless connectivity comes via dual-band Wi-Fi and Bluetooth 4.2.

The system sits on four rubber feet, which keep the system from sliding around your desk, and there is an expansion bay on the bottom to accommodate a standard 2.5” SATA HDD or SSD of up to 2TB. You might also use the included VESA bracket to mount the system behind your display.

When shopping for a mini PC this small, chances are you’re looking at something to power a display in a digital kiosk, a dedicated meeting-room design, or a light weight server or entertainment companion. The ACEPC T11 does all that, thanks to an Intel Atom x5-Z8350 processor, 4GB RAM, 64GB eMMC storage, Intel HD graphics and Windows 10 pre-installed. The Intel Atom processor will struggle with multitasking, but it has just enough oomph to power Windows 10 and a single light productivity app without hiccups and freezes.

Its performance on basic daily tasks, but more impressive is the system’s quietness during operation as it uses a fan less design. That means the machines can be used on the background without even being noticed, unlike competitors fitted with cooling fans that blow up while sitting on your desk or behind your display. You can pair it with a full HD monitor, something like the

The Intel Atom x5-Z8350 processor sits at the bottom of the pack when compared with Intel’s newer CPUs, but this quad-core processor with a 1.44Hz base frequency and a 1.92GHz turbo frequency gets the job done. It’s well powered over previous generation dual-core processors, making it a good fit for a mini PC because of its efficiency.

The ACEPC T11 is a unique mini PC in that it supports dual-displays and VESA-mounting options that are rare to find on a single machine that costs much less than many competitors. It blends a stylish design, niche professional features and a simple end-user experience, that includes an option to upgrade the storage capacity. Its serviceability means you can hide it behind a monitor and you’ll still get the good experience.

Overall, we like the potential of the ACEPC T11, but you still have viable alternatives if you need more power in the mini PC category. One such machine is the Intel NUC NUC6CAYH Mini PC, that tops with an Intel Quad-Core J3455 processor, 4GB RAM and 128GB SSD.

If you’re not on a budget but need something tiny and more powerful, the new Apple Mac Mini offers the best of both worlds – a premium design, strong performance and great value for money.

Yes. For the price, the ACEPC T11 Mini PC offers a unique combination of performance, design and versatility than most sub-$200 Mini PC out there. Again, it is a marvel in terms of design, and just the right size for most of home users. 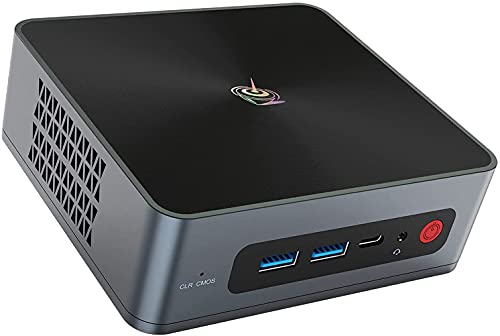